Raymond Around the World: South Korea

After Raymond and I visited my friend in Tokyo, Japan, we popped over to South Korea to visit another friend of mine. Neither of us had been to Korea before, so we were excited to experience a new culture and country!

It was really hot while we were in Korea—especially compared to the North Pole—but we just ignored the heat and ventured out to explore. The Korean Peninsula is so full of history, so we made sure to take in plenty of historical sites. The first of which was the Jongmyo Shrine, a Confucian shrine located in Seoul. This shrine is on the UNESCO World Heritage list and houses memorial tablets for the kings and queens of the Joseon Dynasty. 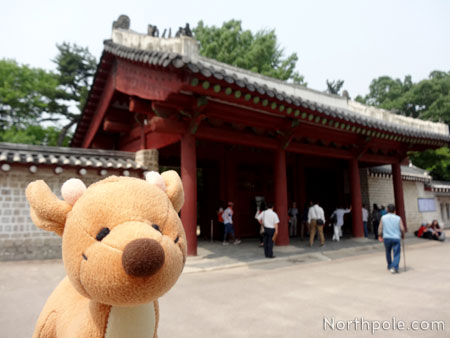 At the entrance to Jongmyo Shrine 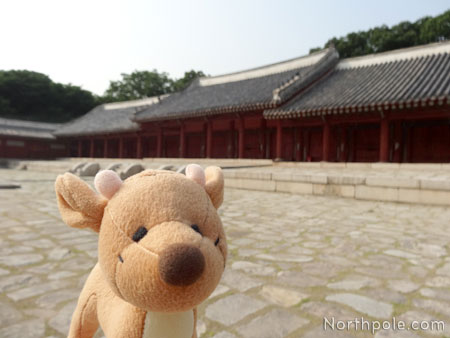 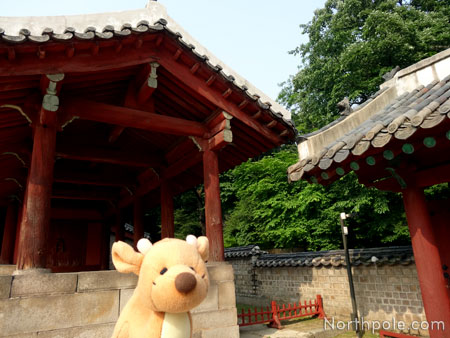 Checking out the different architecture in Jongmyo Shrine

While walking around another afternoon, Raymond & I happened upon Jogyesa Temple, the headquarters for the Jogye Buddhist Order. With its vibrant lanterns and colourful architecture, this temple really caught our eye. 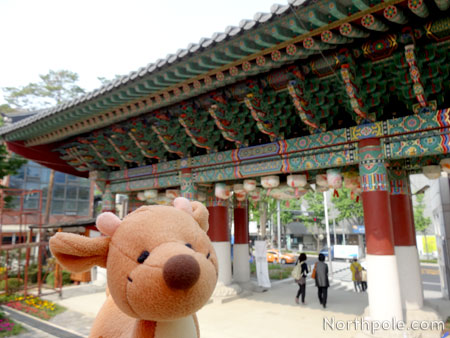 Raymond about to enter Jogyesa Temple 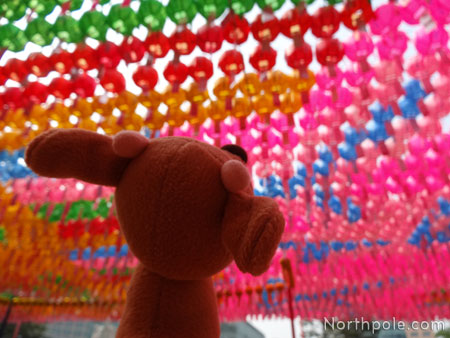 Another afternoon, Raymond and I emerged from the subway in Seoul to see a martial arts performance happening right in Gwanghwamun Square—how neat! After watching the amazing performance, we saw a statue of Sejong the Great, one of the most important kings in Korean history. 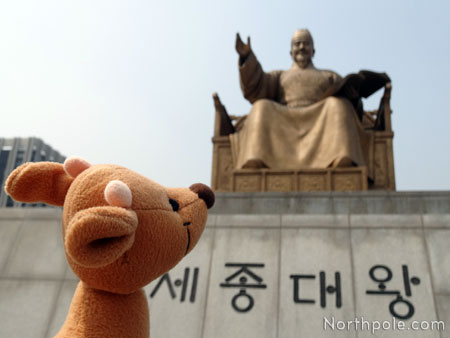 The statue of King Sejong is located near Gwanghwamun Gate, the main and largest gate of Gyeongbokgung Palace. Unfortunately we did not have time to visit this palace, but we at least took a photo near the gate 🙂 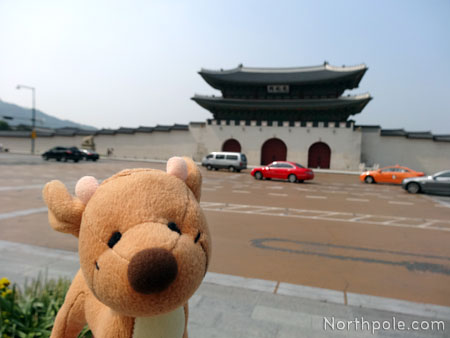 Raymond smiling, despite how hot it was. We shared a Mango Fruit Pudding Blended Juice at Starbucks [mmm!] to cool down.

While we didn’t have time to visit Gyeongbokgung Palace during this trip, we did make it to Changgyeonggung Palace where we enjoyed looking at the architecture and learning about the history of the palace. 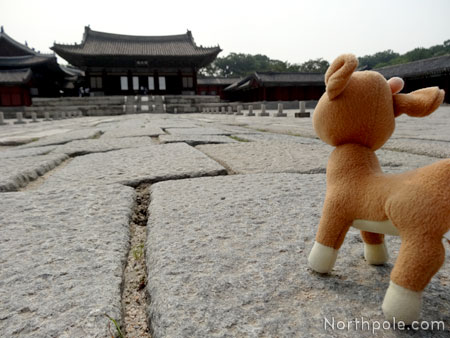 Before Raymond & I went to Korea, I was a little concerned about finding vegetarian dishes for us to eat since most Korean food isn’t veg-friendly, but we were pleasantly surprised! From time to time, it was still a little difficult to find vegetarian food, but when we would find something, it was usually pretty darn yummy.

One of my favourite new dishes is bibimbap, which is white rice topped with julienned vegetables, sprouts, tofu, greens, sesame seeds, and an egg. Mix all that together with gochujang [hot pepper paste], and you have a super tasty meal! Bibimbap can also be served with meat, but of course Raymond & I would never want that 😉 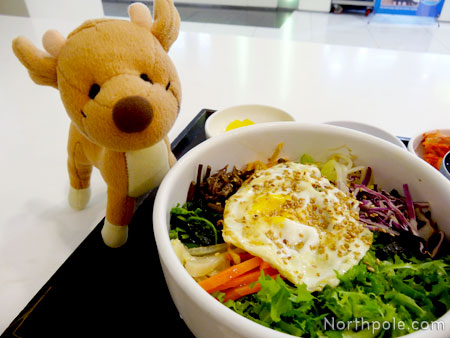 Raymond eyeing my bibimbap in the 63 Building in Seoul

Another yummy treat we had was patbingsu, a shaved ice dessert that was perfect for the hot and humid summer weather. It definitely helped us cool down!

Raymond and I had a lot of fun on our adventures this year! Where do you think Raymond should go next year? Let us know in the comments!

6 comments on “Raymond Around the World: South Korea”