Raymond Around the World: Atlanta

So far this year I’ve told you about Raymond and me checking out the holiday decorations at the Opryland Resort and the two of us eating our way around Italy, as well as Raymond’s adventures in China with a friend of the elves. Our other voyage this year was in October when Raymond and I travelled down to Atlanta, Georgia. Previously we went to this southern US capital solely to catch a baseball game, and Raymond requested that we go back to see more of the city.

When we arrived in Atlanta, we were pretty tired, so Raymond and I took a nap. When we woke up, it was 3am—darn jet lag! Our tummies were rumbling, and we knew just where to go. With more than 100 locations in Atlanta alone and open 24 hours, we headed to none other than Waffle House. When in Atlanta, where else would you eat in the middle of the night, right? 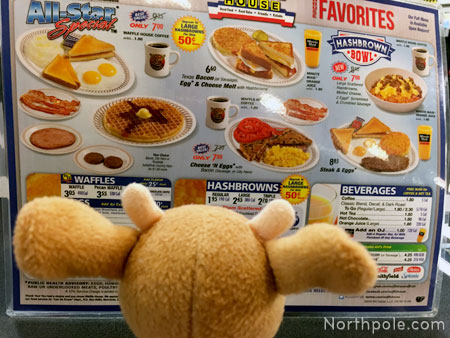 There we shared a waffle, eggs, and hashbrowns that were scattered, smothered, and covered, which is Waffle House talk for hashbrowns that include sautéed onions and cheese. 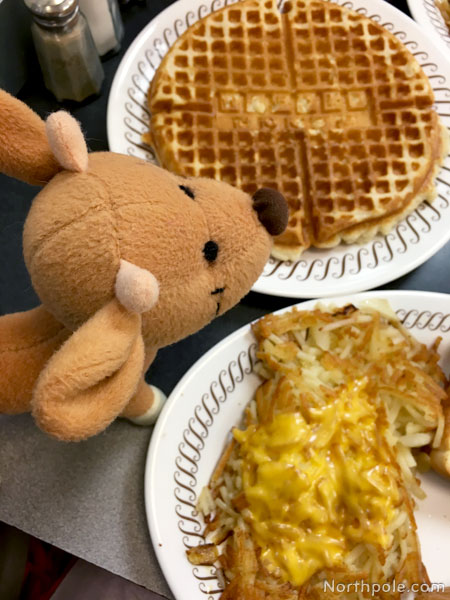 Well-rested the next day, Raymond and I set out to explore. We had heard about something called the Big Chicken, which locals actually use as a landmark when giving directions. We were rather curious, so we had to check it out, even though it’s in the suburbs. Standing more than 17 meters tall, it is indeed a big chicken! 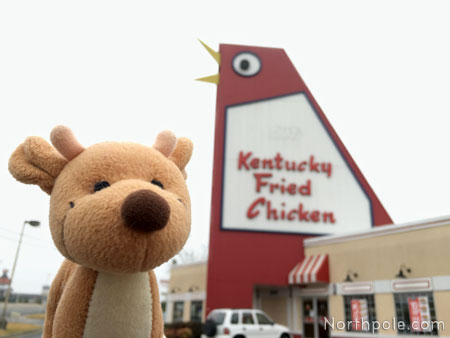 Yup, that is a big chicken

Curiosity satisfied, we headed back ITP [“inside the Perimeter,” which is the ring road around Atlanta] for a bit of history. Thankfully the clouds had parted when we went to view a sculpture titled Homage to King. Atlanta is Martin Luther King Jr.’s hometown, and this simple, yet lovely steel sculpture honouring MLK overlooks the city. 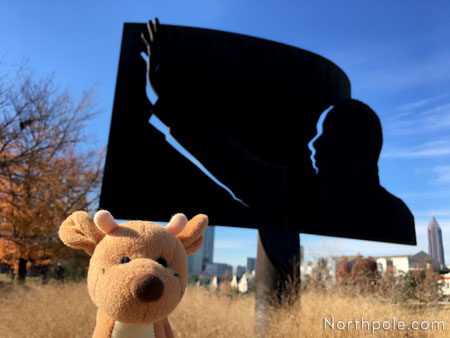 In front of Homage to King

From there it was a short walk to the Jackson Street Bridge where we were treated to the quintessential view of the Atlanta skyline. The cityscape from this spot was really fantastic. If Raymond and I ever travel to Atlanta again, we’ll definitely have to go back to this bridge for the sunset! 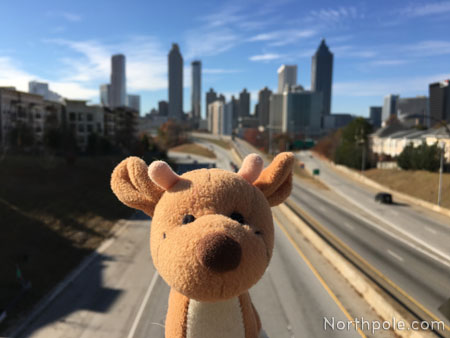 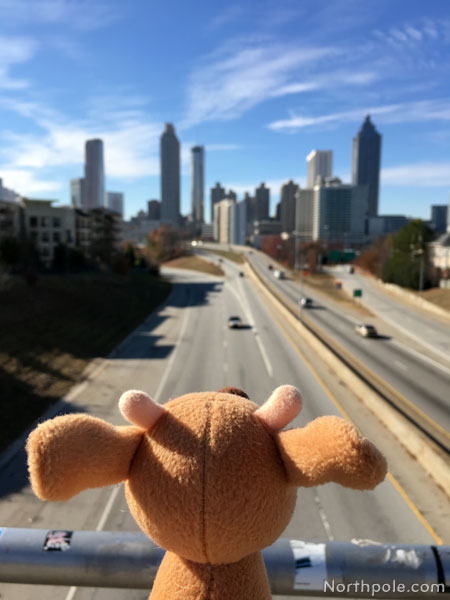 Enjoying the view of the Atlanta skyline

Next Raymond and I decided we wanted lunch, so we went to Ponce City Market, a huge mixed-use development that was originally a Sears, Roebuck and Co. building when it was built 90 years ago. Nowadays Ponce City Market features a food hall, shops, event space, and even a carnival-esque park on the roof. 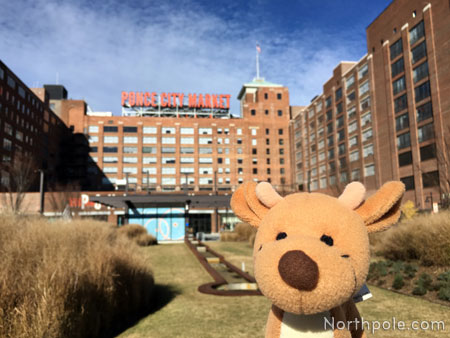 About to enter Ponce City Market 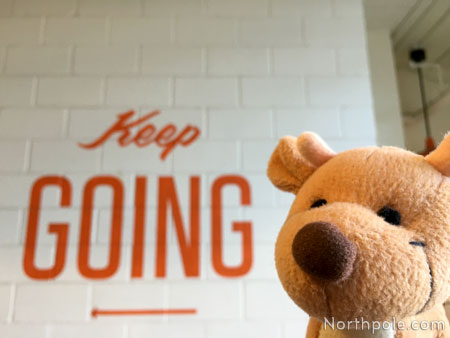 We filled up on yummy salads from one of the food hall vendors, then we wandered outside to go for a walk on the BeltLine. This former railway corridor has evolved into a multi-use path, and the eastside trail runs right beside Ponce City Market. It was the perfect place for a post-lunch stroll as the sun beamed down on us. 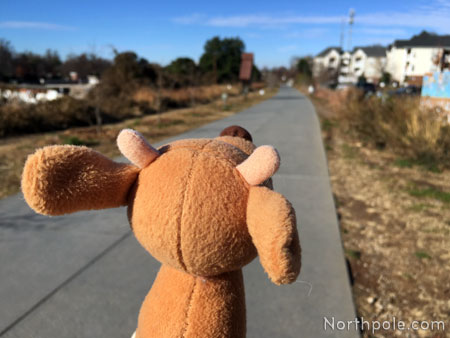 Hoofin’ it along the BeltLine

As we walked along the BeltLine, Raymond and I noticed that there is a lot of art dotting the trail. We learned that Art on the Atlanta BeltLine is a juried, public art exhibition, so the art changes each year. What a great idea to incorporate temporary art amongst the urban and natural beauty of the BeltLine itself! We enjoyed looking at the different murals and sculptures as we made our way down the path. 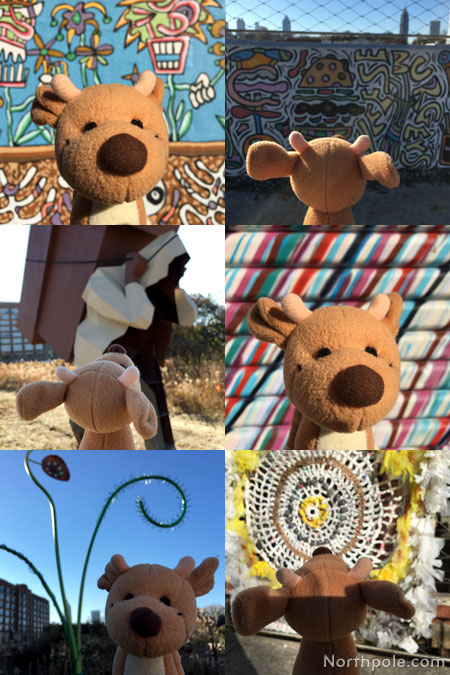 Art on the Atlanta BeltLine

When we were walking back to Ponce City Market, we came across a small door. [Raymond knocked, but no one answered.] Turns out that there are a number of tiny doors all around Atlanta! Next time Raymond and I visit Atlanta, we might have to go on a mission to find all of them. 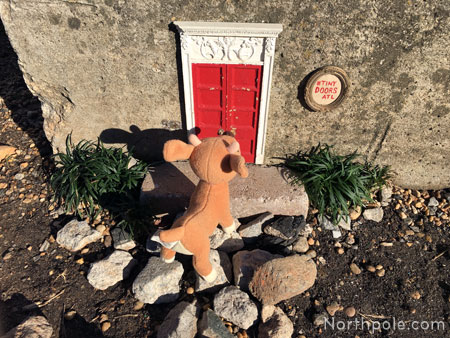 After our walk, Raymond and I were ready for a snack. What can I say—we like to try local grub when we travel. We went to The Varsity, the iconic restaurant that perches above the Connector [the freeway that runs through Atlanta]. 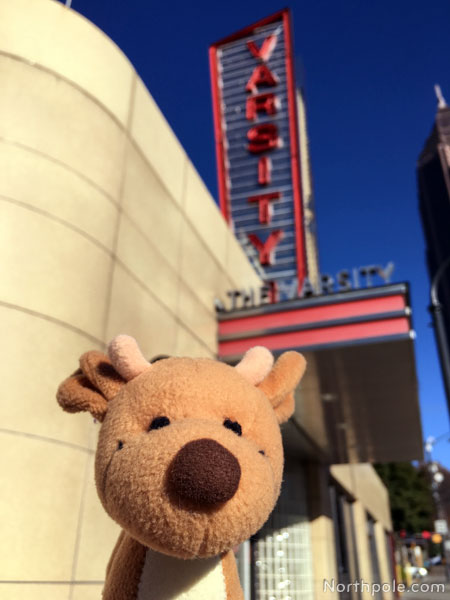 At the iconic Varsity 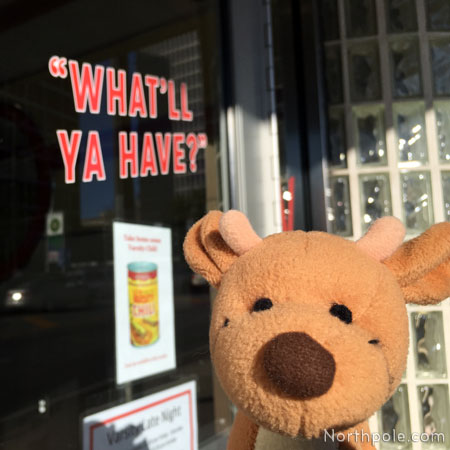 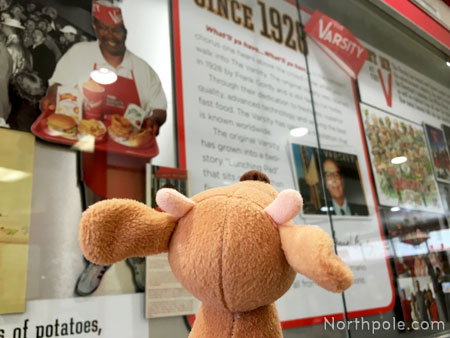 Learning about the history of the Varsity

We were impressed to find out that The Varsity is the largest drive-in fast food restaurant in the world. When we walked in, we understood why The Varsity has this honour, as the space is absolutely massive. Welcomed by the traditional “What’ll ya have?” greeting, we ordered a Frosted Orange, which tastes like a creamsicle. In between a milkshake and a slushie, Raymond and I agreed that the Frosted Orange was a tasty treat. 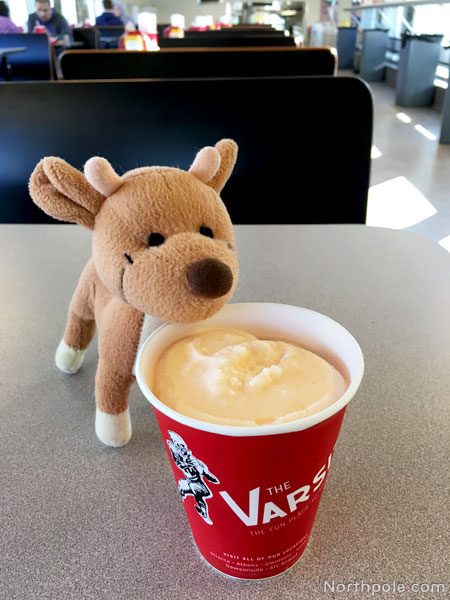 The next morning before we left Atlanta, Raymond and I stopped by Sublime Doughnuts. Sublime has quite the variety of flavours, such as Fresh Strawberry ‘N Cream, Orange Dream Star, Salt & Vinegar, and much more. We opted to order an A-Town Cream, which was fabulous. Since Sublime is open 24 hours, it’s probably good that Raymond and I don’t live near it 😉 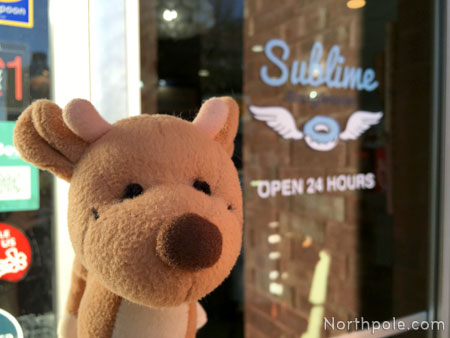 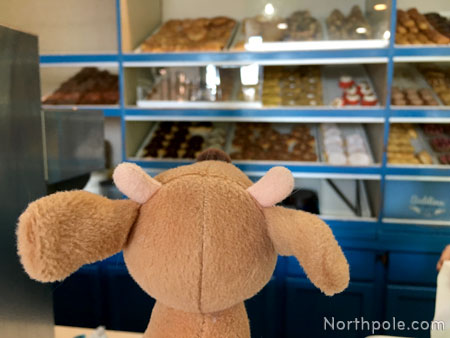 So many delicious options 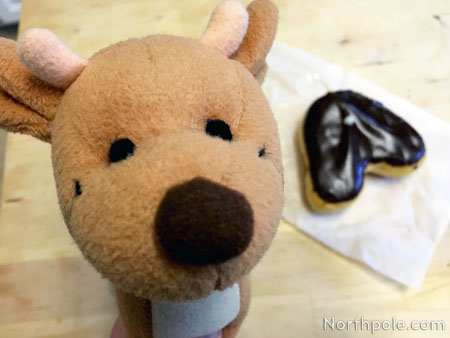 Overall Raymond and I had a fun [and yummy] time in Atlanta. Where should Raymond visit next year? Let us know in the comments! 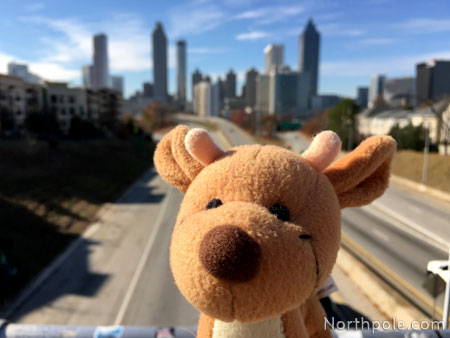