Up on the Rooftop: Ice Skating Fun This Winter

Despite having a fear of heights, I strangely enough really enjoy going on rooftops, as they offer amazing views of the city below. So imagine my excitement when I found out that some buildings have ice skating rinks on their roofs! Festive fun + up high skyline views = a fantastic way to spend an afternoon or evening during the holiday season. Read on to find out more about some of these sky high rinks. 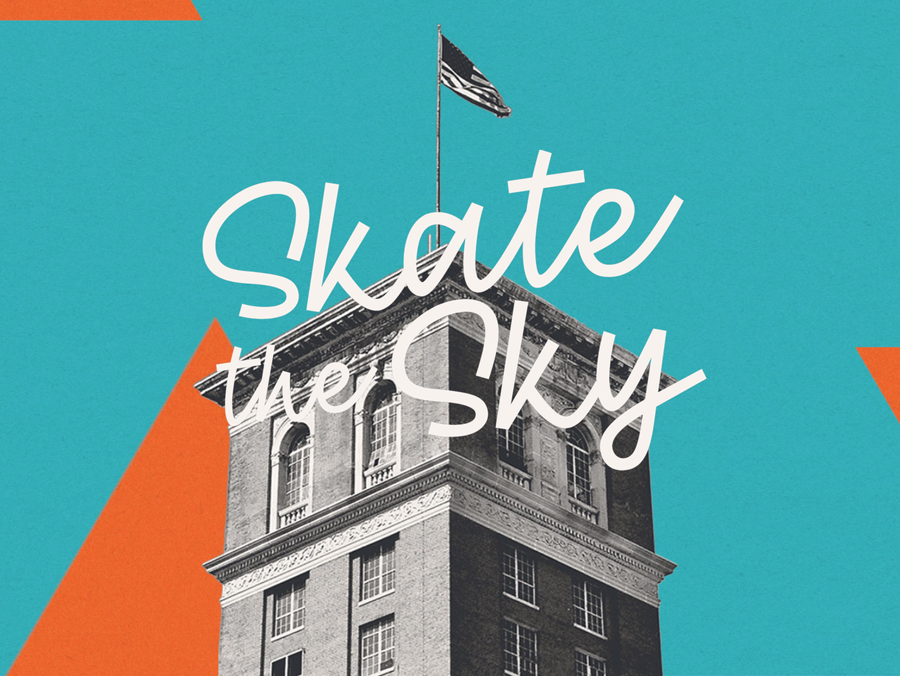 Perched on Ponce, The Roof at Ponce City Market boasts of breathtaking views of Atlanta’s skyline. I can absolutely attest to this, as I was married on the PCM rooftop 10 stories up. [What? You didn’t think an elf would have a destination wedding away from the North Pole?] Enjoy skating in this winter wonderland that includes seasonal treats, warming drinks such as hot toddies, and festive decor. After you’re finished skating, you could walk over to Skyline Park for skee ball and other games or 9 Mile Station, PCM’s rooftop beer garden with fire pits and fabulous food.

The first rooftop ice skating surface in London, Skylight sits atop of a 200-year-old building from which you can see The Shard and The Gherkin. This would be a great spot for a date, as they offer wintery drinks, such as spice espresso martinis, mulled wine, and mulled cider. If that weren’t enough, they also have cheese fondue, chocolate fondue, mince pies, and Greek fusion food, including a Christmas burger and halloumi fries. Since admission is free, you could go to Skylight to simply enjoy the views and the food before they close for the season on 13 January 2018.

Head to Whole Food Market’s flagship store in downtown Austin to skate on the roof between now and 15 January 2018. An Austin holiday tradition for the last 13 years, more than 16,000 folks visit the ice rink each year. If you get hungry or thirsty while skating, grab a drink or snack at the rink-side concession stand. Or you could pop into Whole Foods to do some shopping after getting in some wintery exercise.

Top of the Skate • Washington, D.C. 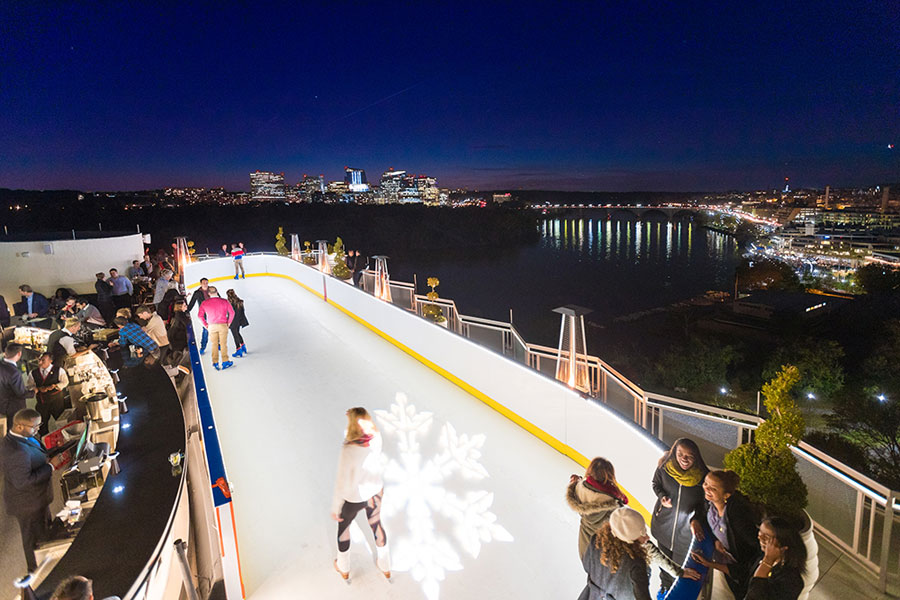 With 360-degree views of the Potomac River, the Key and Arlington bridges, the Washington Monument, and the D.C. skyline, the roof of the Watergate Hotel is a sought-after destination for post-work drinks and date nights. For winter they have added a ice rink, along with warm cocktails like spiked hot chocolate and mulled wine, as well as toasty snacks such as soft pretzels and s’mores. If you want even more of a festive experience, book one of the Watergate’s cozy winter igloos.

The Ice Rink at The Cosmopolitan • Las Vegas, LV 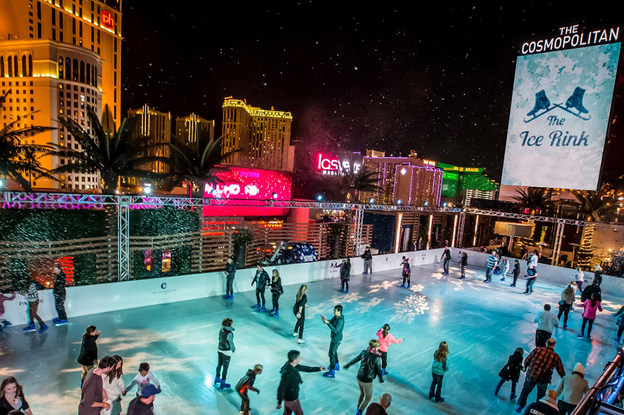 High above the Las Vegas Strip, The Ice Rink at The Cosmopolitan has everything: 4,200 square feet of real ice, s’mores, fire pits, twinkling lights, festive drinks, hearty food, and light snow showers. What’s more, on Mondays, they play holiday movies on their 65-foot digital marquee. Upcoming films include The Santa Clause and The Santa Claus 3: The Escape Clause on the 18th, Mickey’s Magical Christmas and How the Grinch Stole Christmas on Christmas Day, and Frozen and The Polar Express on New Year’s Day.

Probably because I don’t speak Russian, I was unable to find much information about BMW Rink 354, but I just had to share some photos and a video of this rink, as it’s on the 86th floor of Moscow City OKO Tower. That’s 354 meters up! Offering an unobstructed panorama of Moscow, I’m sure the highest rink in Europe is really neat, but personally, I don’t think I could ever skate there because I’m so scared of heights. Check it out!