Raymond Around the World: Savannah

So far this year I’ve told you about Raymond’s and my adventures bustling about NYC, relaxing in the Blue Ridge Mountains, hoofing around London so Raymond could take in even more sights, and soaking up some history in Rome. Raymond and I travelled to one other city during our downtime this year… Savannah, Georgia!

We made our way down to Savannah to visit a friend of mine who was travelling around the Southeastern United States on her bicycle. This friend put so many miles on her bicycle that you would think it’s Santa’s sleigh!

All of us enjoyed Savannah’s Southern charm with its historic buildings and tree-lined streets. Raymond was especially intrigued by the Spanish moss that grows hanging from tree branches all over the city. 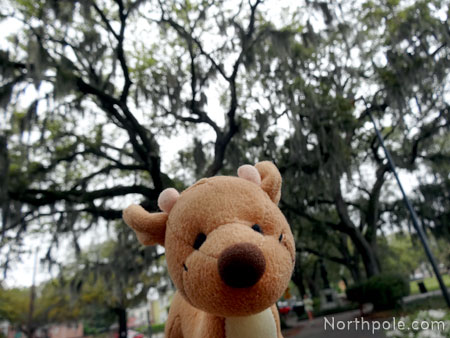 Enjoying a muggy day in Savannah 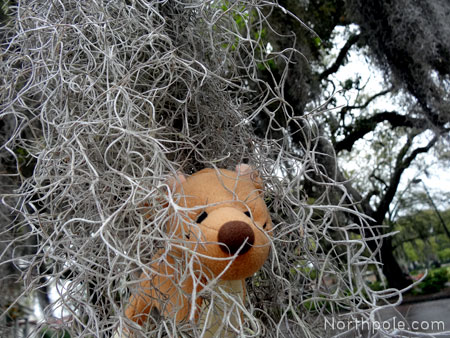 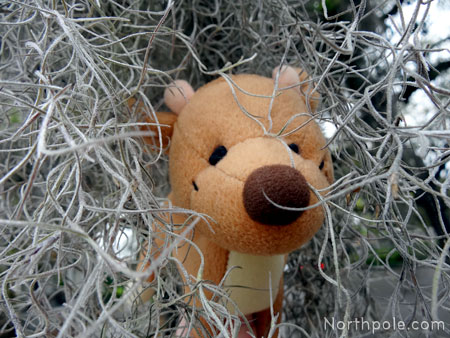 Silly reindeer having fun in the Spanish moss

During our trip, walking was our main source of transportation, so we were able to enjoy quite a number of Savannah’s squares and green spaces. We had a delicious brunch near Forsyth Park, which was rather lovely. Not only are there several statues in the park, but the beautiful azaleas were also in bloom. 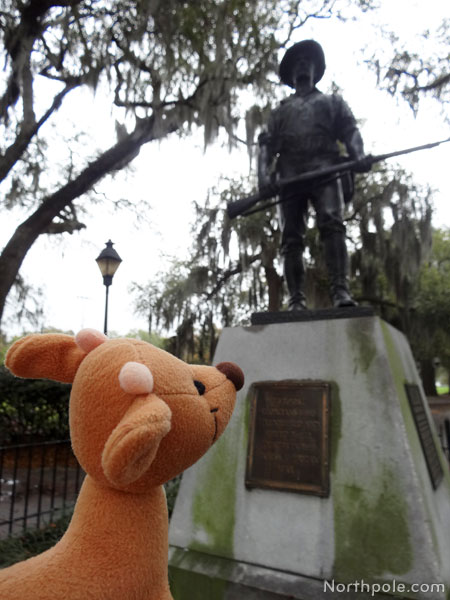 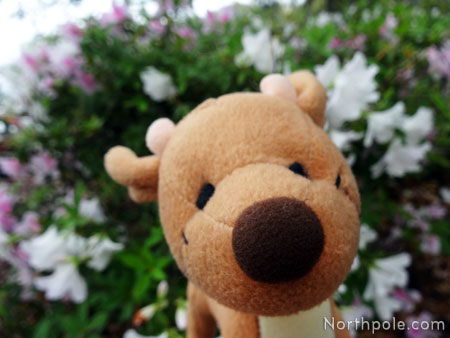 Hammin’ it up near some azaleas

Before we journeyed back to the North Pole, Raymond and I went down to River Street to check out the Savannah River one more time, as well as pick up some gophers for the trip home. Now, I’m sure you’re thinking, “Gophers!? Huh?” Gophers are a Savannah treat made by pouring caramel over a bed of Georgia pecans and topping all that with chocolate. They were so yummy that we ate them all before we could get a photo! 😀 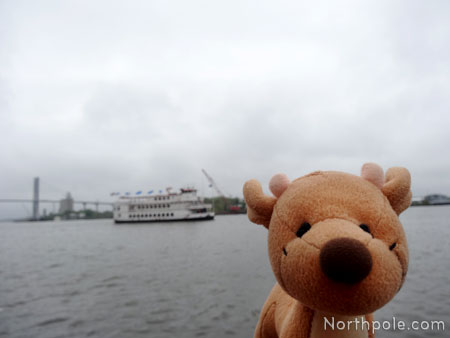 Tummy full of gophers near the Savannah River

Raymond and I had a fabulous time in Savannah. Where should Raymond visit next year? Let us know in the comments! 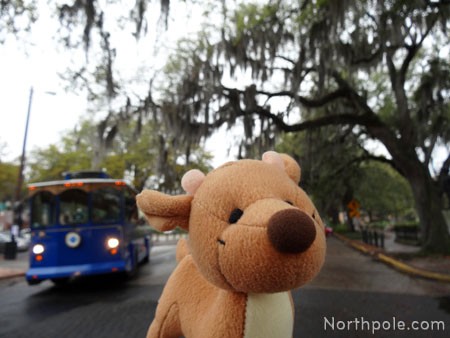 5 comments on “Raymond Around the World: Savannah”